Does Speed Kill? This popular slogan suggests that the lower the speed limit is set, the more safety will result. If this were true, the U.S. InterstateSystem would have the worst, not the best, safety record. Instead, Interstates have the highest speed limits, the highest operational speeds, and the lowest fatality rate in America (0.88 fatalities per every 100 million vehicle miles travelled). Roadway design and use should be part of every speed setting discussion, and debate about speed limits should distinguish between speed causing a crash, and speed influencing injury severity once a crash occurs. Safety statistics vary greatly according to roadway class. Local roads, which normally have the lowest posted speed limits, have the highest fatality rate of any roadways. Visit our website here 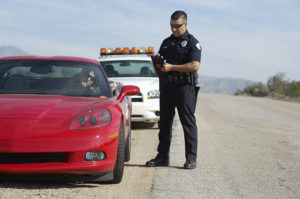 Speed never kills. NEVER! Think about it like this … A guy decides to go skydiving. He goes up in a plane. He jumps out the side. His parachute…didn’t! He falls… fast! REALLY FAST! Does he die? No. He’s just fine. (Okay, he’s terrified)… But, he’s doing an excellent job of falling. At least until… that pesky ground stops his fall. He dies. Why? Falling too fast? NO! He died because he stopped too quickly. If he would have just slowed down… before impact. He’d be fine. BUT NOOOO! He just had to stop the quick way.

The same thing is true for driving. The impact isn’t too bad. The speed isn’t too bad. It’s the sudden stop at the last instant. Collisions kill. Not speed. A vehicle moving at 100 MPH can stop in about 10 seconds. No problem. It can stop in 5 seconds, but the occupants might need to wash an extra load of laundry afterwards. Still, there are no deaths. But, in a collision, it will stop in about half a second.
Generally speaking, this will not be very healthy. “What!” you say. “That’s just plain stupid… It doesn’t make sense…”

Okay, how about this… Kelly is in a car moving at 0 MPH. It isn’t moving AT ALL. A train is moving at 20 MPH when it hits her car… How well does Kelly fare? Hate to say it, but she isn’t going to be feeling too well. BUT THAT’S A TRAIN… Okay, how `bout this? Two cars are driving at 205 MPH. Car one hits car two … what happens? Ricky Martin’s spoiler gets bent and Jeff Gordon goes on to win the Daytona 500! These cars move at speeds over 150 MPH all the time… Yet, the fatality rate of race car drivers is MUCH lower than that for average drivers. Why? They are all… MOVING AT THE SAME RELATIVE SPEED! It is differences in relative speed which affect impact damage IN A COLLISION. This is why a head-to-head collision is so much worse than a side-swipe.

Once again… No Collision… No Death. RELATIVE, NOT ACTUAL SPEED determines fatality in a collision.

I told you about this myth, to encourage you to fight against your speeding ticket. If speed doesn’t kill, if speed isn’t about safety… Why should you pay that fine? You Should NOT! DO NOT pay it, fight it.

The worst that can happen with a ticket is I lose my license or pay a fine. Big Wrong… you could go to jail. That’s right… do not pass go… do not collect $200 (but you might PAY that!. Most States have a three month jail term as a possible penalty for speeding. It is, after all, a criminal offense.

Even though you could end up in jail…. Are you a bit more interested in protecting your rights now? The officer MUST show me the radar…

Here’s another big myth. The Supreme Court decided (wisely) that an officer must have due regard for personal safety when deciding whether to allow a person entry into his vehicle. It is a twist away from the normal stance on vehicle privilege. Normally, the High Court asserts that a vehicle is “publicly” open with respect to privacy issues. But, they reverse a bit in regards to officer (but not public) safety.
Thus, an officer can claim that he did not want to let you into his vehicle due to his need for safety. Besides, unless the officer is just a plain liar (not unheard of), the radar probably shows the speed he claims. Radar is VERY accurate, usually to within 1 MPH, sometimes to within 1/10 of a MPH. But the officer isn’t. He could have gotten a bad reading, hit the wrong target, purposely introduced errors…
all sorts of bad results can (and usually do) result from a bad speed measurement. But the radar display is just fine. In other words… #1: Don’t question the radar, question the officer’s use of/ability with the radar. #2: Don’t do it on the side of the road, wait until the court date. And, of course… this also assumes the officer was USING radar… something he doesn’t need to do.

I don’t disagree with the fact that an officer doesn’t have to let a person to enter their vehicle. However as outlined, why should you pay for an incompetent officer who can’t use the radar. You Should NOT!

Denver Attorney Handling State and Federal Trials and Appeals
The legal issues in drug crimes cases can be complex. State lines and national borders may have been crossed. Constitutional rights may have been violated and law enforcement may have improperly seized assets. Associated criminal charges could lead to greatly enhanced penalties.

For these reasons, and because the consequences of a drug crime conviction can be severe (even in relatively small cases), it’s important to seek experienced legal counsel who can manage your case correctly from the start.

I am attorney Beth Krulewitch. For more than 20 years I have defended clients in Colorado state and federal criminal courts. I began my career in the Public Defender’s office, where for 11 years I worked hard to ensure my clients received the strongest defense possible. I gained invaluable experience as a criminal appeals lawyer, challenging the decisions of trial courts to improve my clients’ situations.

From my offices in Denver and Aspen, I handle a variety of drug crime related matters, from possession of a controlled substance to drug trafficking defense issues involving federal drug charges. To learn more about how I can help you, contact me to arrange a free consultation.

Defending Those Accused of Drug Crimes

In Colorado, if the police are called to a domestic disturbance, it is highly likely that someone will go to jail. Often the only evidence is one person’s word … but that is certainly enough to obtain a temporary restraining order and it can be enough to get a conviction in criminal court.

If you have been charged with domestic assault for violence against a family member or domestic partner, there is good reason to seek the advice of an attorney immediately. In most cases the “victim” will seek a restraining order, or a restraining order will be sought by victim services. While you may not be able to prevent the temporary order from being given, you may be able to prevent the order from becoming permanent by raising a strong defense.

I am attorney Beth Krulewitch. For more than 20 years I have defended clients in Colorado state and federal criminal courts. From my offices in Denver and Aspen, I represent clients in trials and criminal appeals across the state facing any type of criminal charge, including:

I began my career in the Public Defender’s office. I have brought hundreds of criminal cases to trial, including many involving assault or domestic violence. When you need experienced defense, contact me to arrange a free consultation. Learn more about how my extensive courtroom experience can help you.

A Prompt Defense Can Make a Difference in Your Case

While some criminal charges can take a long time to get through the court system, a restraining order request will be heard quickly and a temporary order will almost always be given. However, before the restraining order becomes permanent, there will be another hearing and you will have a chance to bring your case before the judge. As soon as you retain me, I will begin to investigate your case and seek evidence favorable to you.